Sorry, this event is over

Search for another event

This event has already passed by. Sorry. 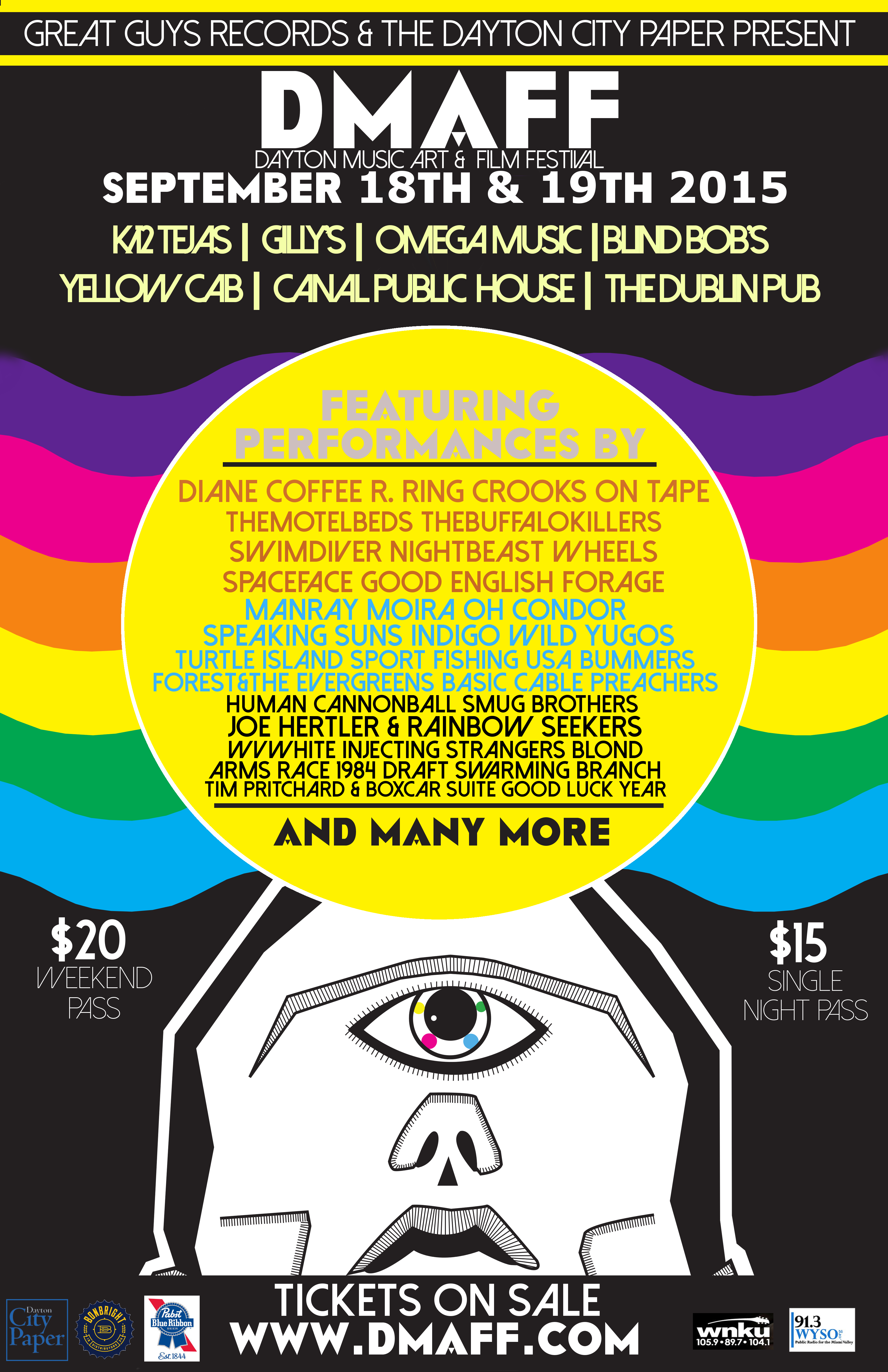 In 2004 three devoted Dayton natives were determined to bring together local musicians to showcase the tremendous talent within their city. Dan Clayton, Andy Ingram, and Shawn Johnson were the founders of the Dayton Music Fest. In 2009 they passed the torch along to two well loved local musicians, Don Thrasher and Kyle Melton, and in 2014, Thrasher and Melton took “DMF” into its tenth year!  Over the past decade, “DMF” grew into the integral part of Dayton’s community and music scene that it is today.  After its tenth year, “DMF” was passed along to Conor Stratton, of “Great Guys Entertainment” and his team of Yellow Springs artists.

The upcoming years of the festival will not only continue this significant community gathering, but help the festival evolve in the pioneering spirit that Dayton was founded on.  In September of 2015, the former “DMF” will enjoy its first year as the Dayton Music Art and Film Festival!  While maintaining the event’s legacy as the premiere showcase for Miami Valley musicians, the festival will now serve that function for local mixed-media/visual artists and filmmakers as well.

This year's festival includes performances by the following, and many more to come;